Symptoms of diabetes in cats

There are two types of diabetes

Main features of both forms of disease is the permanent increase in blood sugar levels. In the beginning of the disease the symptoms of diabetes are usually poorly developed and are therefore easily overlooked. The cats drink more (polydipsia) and also excrete more water (polyuria). They can act tired. Striking might be the cravings – especially when they lose weight even though they eat a lot. But obesity can occur together with diabetes mellitus. Especially in cats, this is, however, likely to be a cause rather than a consequence of the hormonal disorder.

Symptoms of diabetes in cats: Diabetes disrupts many body functions
In addition, cats with diabetes often have a dull coat. In individual cases, hindleg weakness and exaggerated “square” (ataxic) movements. Since diabetes mellitus messes with the balance of the energy levels of the whole organism, many organs and body functions are severely disrupted. For example, the wound healing becomes more difficult and it weakens the immune system. Persistent urinary tract infections can occur. Often diabetics also suffer Circulatory disorders. Pet owners fear the development of diabetic ketoacidosis: Animals with diabetic ketoacidosis show symptoms of dehydration, they vomit, consciousness is clouded, they are listless and may eventually fall into a coma. With these symptoms, the animal must immediately receive veterinary treatment. The diagnosis of diabetes mellitus is made by the veterinarian using various blood and urine tests.

Syringe twice a day
Primarily, it is all about lowering blood sugar levels to keep them constant and stabilize the energy levels. Most diabetic animals must be treated with insulin. Normally the hormone is injected twice a day under the skin. Usually, the administration of insulin is shortly before a meal. However, it can lead to hypoglycaemia in this method, if the cat refuses food. Therefore, it´s suggested to pet owners of poor eater sometimes to inject the cat after the meal. A dangerous hypoglycemia may also occur when the cat vomits or if she´s not very active.

In exceptional cases use pills instead of syringe
In a few cases of diabetes in cats they can take pills, so called oral agents. These drugs stimulate the pancreas to produce the body’s own insulin. But these drugs are effective only in the initial stage of the disease and may cause side effects. 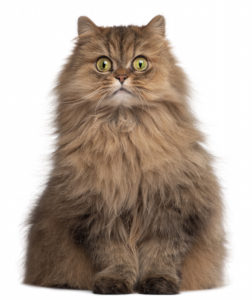 It´s necessary to change the diet
Most diabetic cats require treatment with insulin. Another cornerstone of diabetes treatment is the diet. In principle, overweight animals should lose weight. Cats respond very well to a special diabetic diet that consists mainly of proteins and fat. When this protein-rich, starchy diet is strictly adhered to, the insulin can be reduced in many cases. It is important, furthermore, that the energy content of daily meals is always about the same, because the insulin dose is adjusted accordingly.

Natural diabetes treatment as a complement

To treat the causes rather than the symptoms it´s recommendable to apply complimentary methods to imcrease the cat´s life quality and help the body to heal itself. Cat reflexology can be a miracle worker for your pet if you are willing to treat your cat on a regular basis, just as you do with the insulin treatment.

Symptoms of diabetes in cats, as well as the causes can be treated using the yellow reflex therapy protocols.

Life is still long and well
Large fluctuations of the energy levels could lead to hyperglycaemia. In addition, several small meals are better for the diabetics on four paws than a sumptuous meal a day. A regular daily routine with fixed feeding times is essential to keep the dangerous fluctuations in blood sugar in check. The treatment of diabetes requires a lot of commitment, consistency and persistence, but those who master the challenges of everyday life with a diabetic pet will be rewarded with an animal that despite his illness has a relatively high life expectancy and can enjoy this life in the fullest.

One Reply to “Symptoms of diabetes in cats”